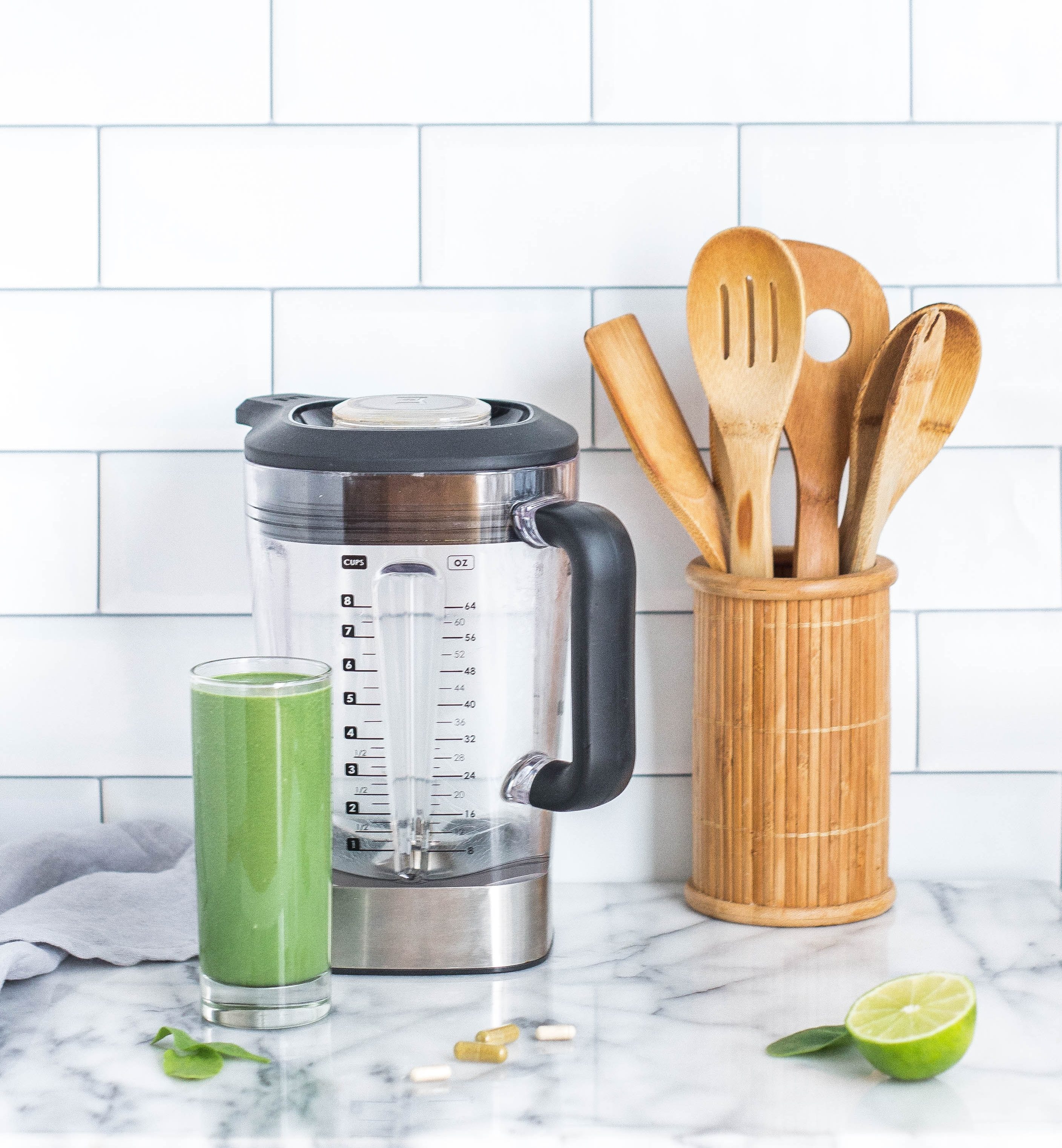 Blender invention fun fact: The Wisconsin Polish-American Stephen J. Poplawski, owner of the Stevens Electric Company, began designing drink mixers in 1919 under contract with Arnold Electric Company, and patented the drink mixer in 1922 which had been designed to make malted milkshakes at soda fountains.
In the 1930s, L. Hamilton, Chester Beach and Fred Osius, produced Poplawski’s invention under the brand name Hamilton Beach Company. Fred Osius improved the appliance, making another kind of blender. He approached Fred Waring, a popular musician who financed and promoted the “Miracle Mixer”, released in 1933. However the appliance had some problems to be solved about the seal of the jar and the knife axis, so Fred Waring redesigned the appliance and released his own blender in 1937, the famous Waring Blendor with which Waring popularized the smoothie in the 1940s. Waring Products is now a part of Conair. Waring long used the spelling “blendor” for its product.

You can find out more about which cookies we are using or switch them off in settings.

This website uses cookies so that we can provide you with the best user experience possible. Cookie information is stored in your browser and performs functions such as recognising you when you return to our website and helping our team to understand which sections of the website you find most interesting and useful.

Strictly Necessary Cookie should be enabled at all times so that we can save your preferences for cookie settings.

If you disable this cookie, we will not be able to save your preferences. This means that every time you visit this website you will need to enable or disable cookies again.

This website uses Google Analytics to collect anonymous information such as the number of visitors to the site, and the most popular pages.

Please enable Strictly Necessary Cookies first so that we can save your preferences!