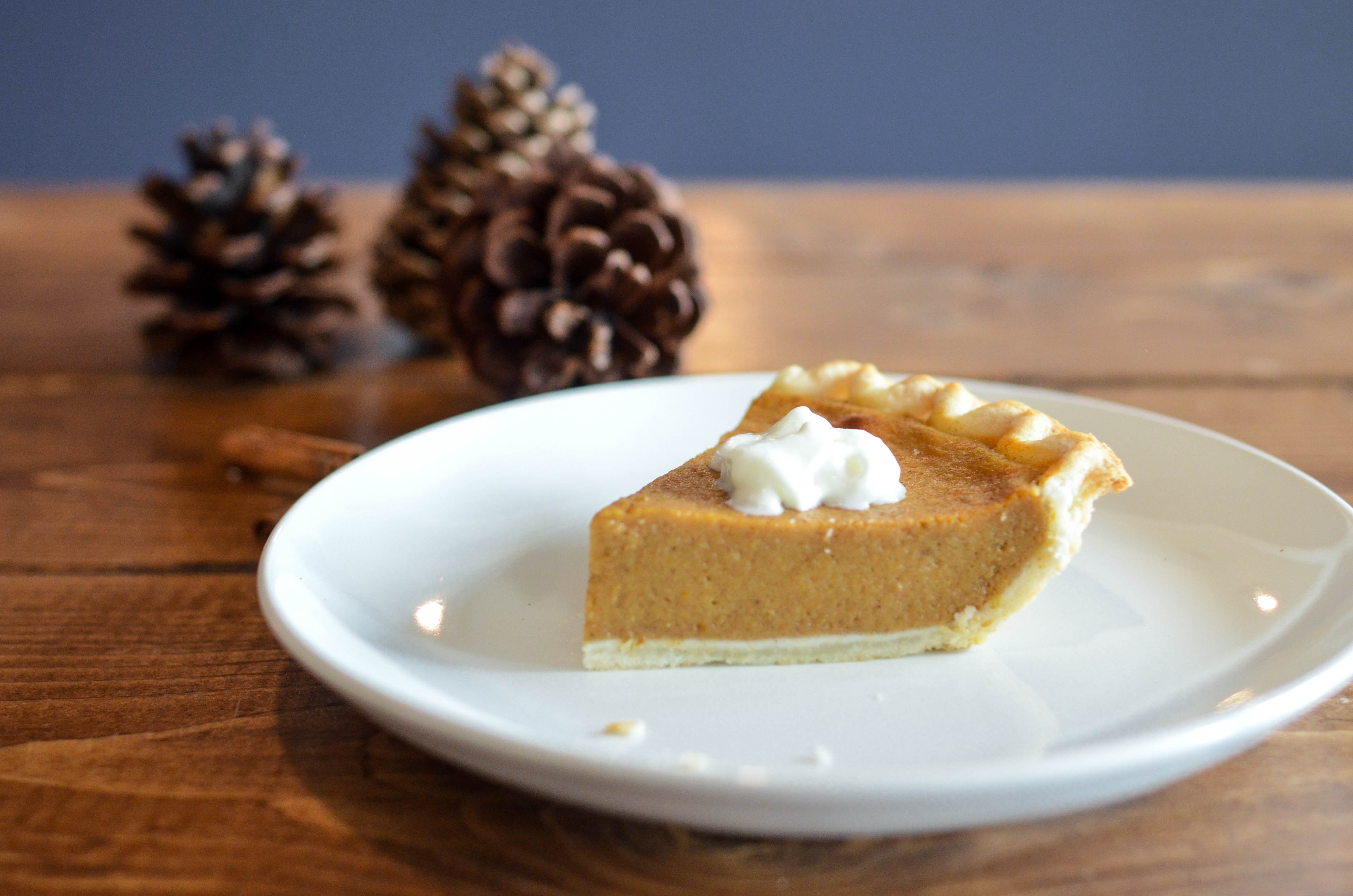 Why is Pumpkin Pie So Delicious?

One of my favorite things about the fall and particularly about Thanksgiving and Christmas is the baking.

These are the two times a year when everyone can give themselves a pass on their meticulously followed (yea right!) “healthy eating” resolution, and instead splurge on the season’s finest cookies and fudges and pies.

And as the last piece of Thanksgiving pumpkin pie was eaten not even a month ago, I remember thinking “Thank goodness Christmas is right around the corner so that I can bake another”.

Why does pumpkin pie stand out to me in particular? Is it the recipe?  Is it the towers of whip cream? Although undoubtedly delicious, it certainly is not the prettiest pie of the season’s repertoire, and what’s more, pumpkin is a squash!

Really? Squash pie? Maybe I am nuts, but I have a friend that goes on and on about her mom’s sweet potato pie, and it makes me want to gag!

Why is pumpkin any different?

I think that it’s so yummy to me because of its symbolism.

It is the picture of Thanksgiving and the epitome of Christmas dessert. There is not a magazine cover during Thanksgiving or Christmas that doesn’t contain the pumpkin or its pie and for all of us, it’s a reminder of the beauty and togetherness of this time of year.

And that tradition makes it particularly special.

I easily could have baked myself another pumpkin pie after the last piece was stolen out from under me last Thanksgiving (looking at you, husband!).

But I didn’t. For that matter, I could make us a pumpkin pie to enjoy every month… Libby’s recipe is right on the back of the can and it is as simple as… well, as simple as pie!

But I bet you right now, that if I had, it would not have been very yummy at all.

As a matter of fact, it would lose all of its meaning if I made it all the time.  Pumpkin pie is delicious because it embodies memories. It tastes like a special moment gone by.

Pumpkin pie is so delicious because we only have it during two of the most important times of the year:  A season of gratitude for all we have been given and thankfulness for what God has done for us!